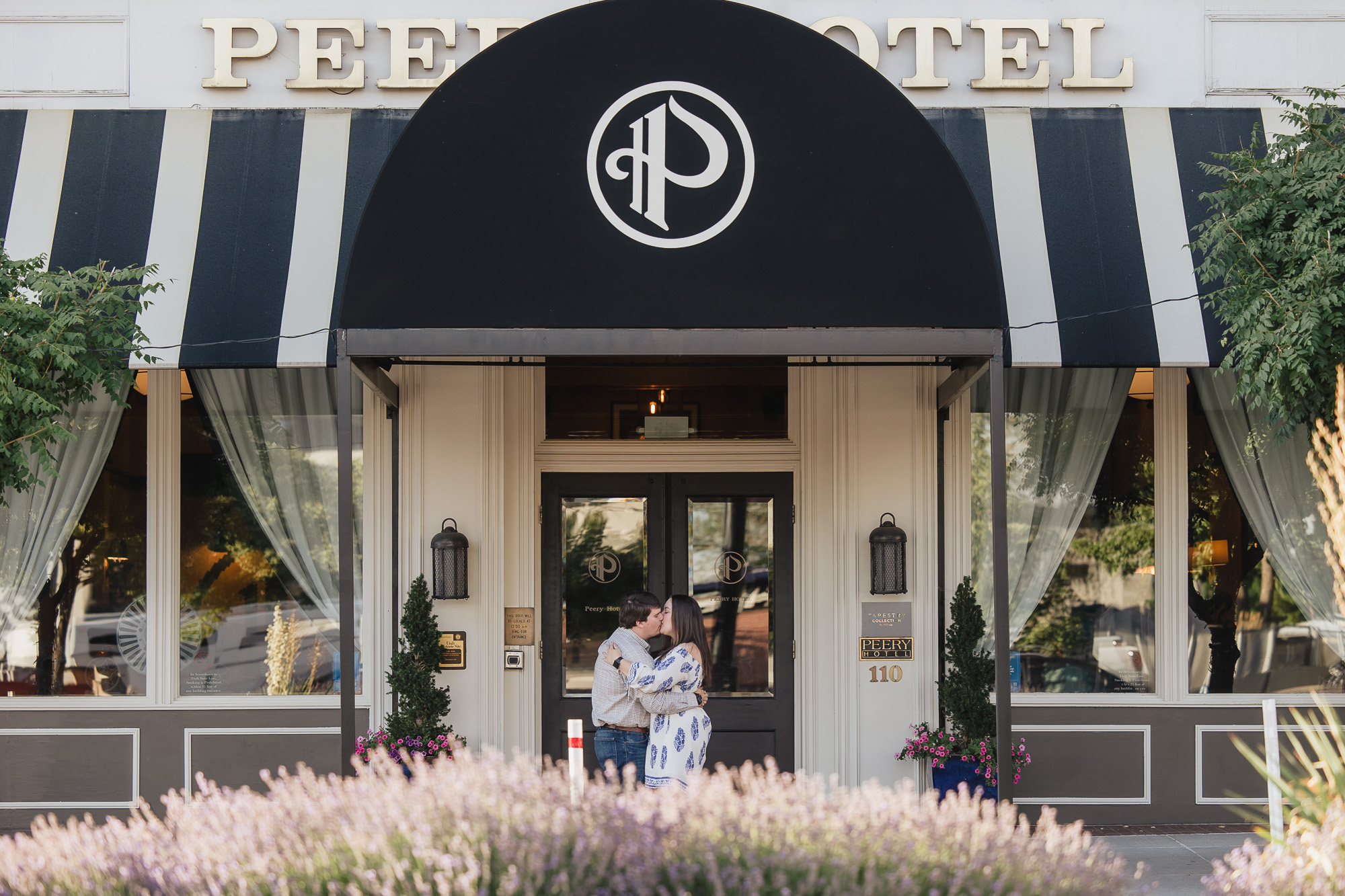 Ashley and Chris are from Norman, Oklahoma. They got married on June 26 and decided to spend their honeymoon in Salt Lake City. Chris has a history degree with an emphasis in religious studies, so they wanted to come to Salt Lake City to see the religious sites. It was kind of a bummer that most of the museums weren’t open yet after they were closed down due to Covid.

We decided we wanted to go to a few locations that really showcased Salt Lake City, so we started at the Peery Hotel where Ashley & Chris were staying. Then we went over to Temple Square and took some photos in the surrounding area. The Salt Lake Temple is still under construction, so there was a lot of scaffolding around. It was still a beautiful area.

Lastly, we ended the night up at the Ensign Peak Trailhead for a beautiful view of the city at night. When I sent Ashley & Chris their photos, she said taking these photos was one of their favorite parts of their honeymoon. ♥